We don’t want to get too deep in the weeds here, but simple interest, or more importantly, compounded interest, are some of the best ways to gain and acquire wealth. The Knights Templars were some of the very first to begin the practice in the late 1100s to the early 1300s.

Templars were a group of warrior-like monks. They began by guaranteeing safe passage on pilgrimages from Europe to the Holy Land. Where Christians would take the time to celebrate Christ’s birth, mourn his death, and crucifixion. Only to rejoice that he has risen from the dead. 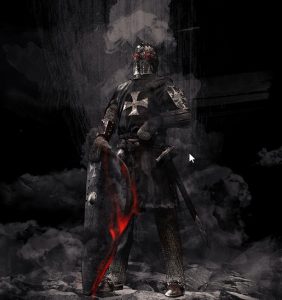 Effectively each of these monks was a small business. However, collectively they were a formidable force to be dealt with. The process went something like this: If you needed to go from Paris or some city in central Europe, you would need a guide. The pathway or trail was far too dangerous with robbers, other crusaders, and Turks.

The Knights had set up safe havens along the way. They would guide you from a château to a stronghold, then also travel with you, and protect you along the way. This service was critically needed, and the Knights were handsomely paid. In addition, each bastion or station would charge interest to transfer the money from one area of need to another.

Effectively they would take the money in Paris and give you a promissory note, which could be exchanged for actual cash where you would need it in the Holy Land. Obviously, there was a fee for this called “interest.” At that time, only the king could charge “taxes,” so the Templars clearly created the new naming convention, and interest was born. We all are seeking a greater Profit Margin.

In today’s modern world, almost no business is immune from paying Interest (additional tax) for conducting commerce. We are beholden to credit card processors, banks, and exchanges. Each takes a small percent, but collectively they add up. 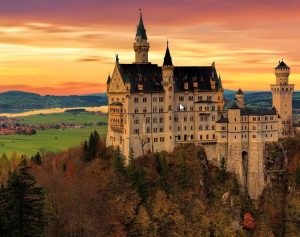 What if there was a way to save the expense and keep that money, both in your business and even locally in your city or state. Welcome to the Woje way! Precisely the opposite of the Knights Templars model, Scott at Woje has figured out how you can keep your money.

I’m not saying Scott is not a warrior, because he is. But he is the defender of the small businessman. Through much trial and error, he has learned the value of keeping three, five, or even seven percent of profit in your business, instead of giving it to the credit card companies.

Additionally, unrealized benefits appear to be added, such as customer loyalty and return clients or more frequent purchases. There continue to be more benefits for each small business that deploys the program. Scott said, “We are only now beginning to understand the long term effects that we can have.”

So Join us today for a limited Beta-Testing period. If you call or sign up today, there is an extreme discount for the next four months and a locked-in rate after that.